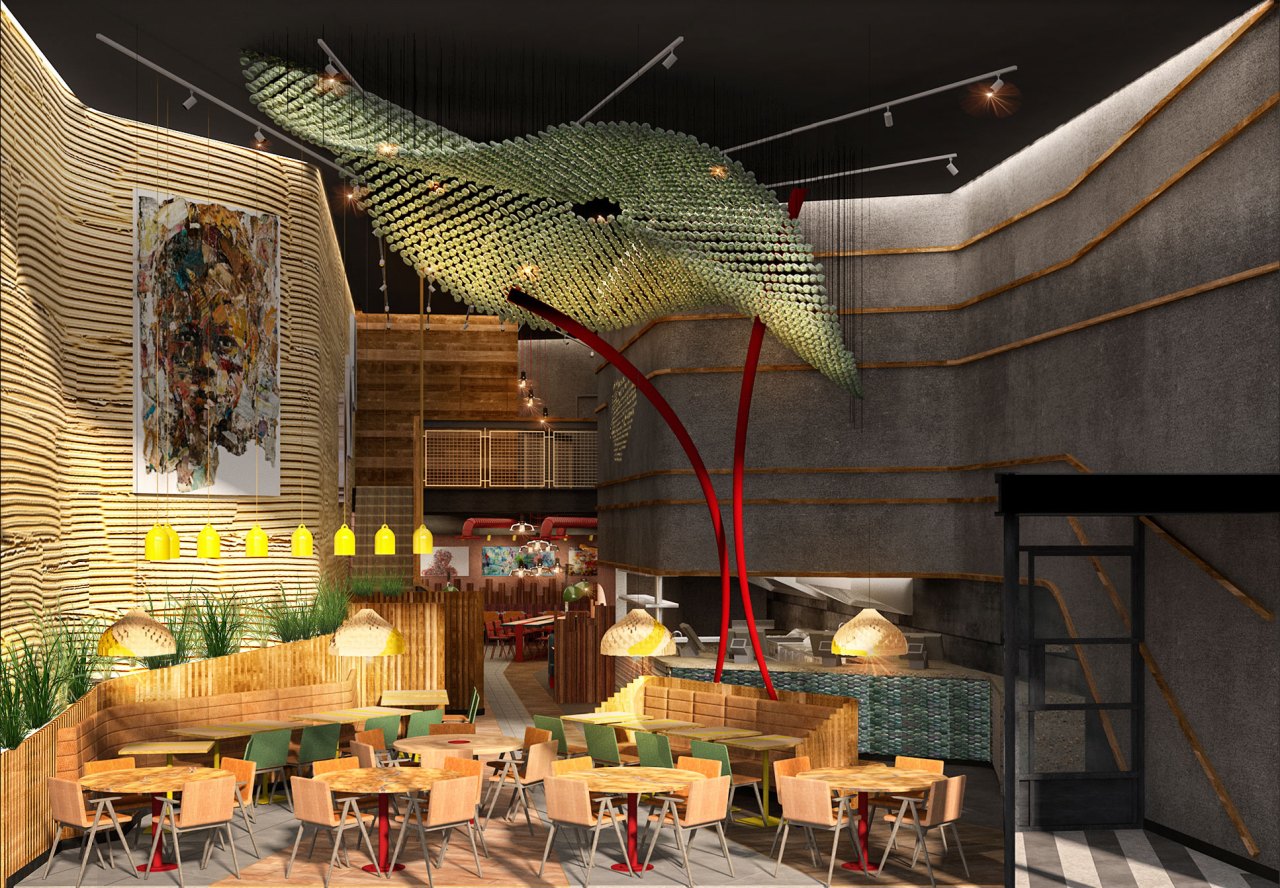 The concept of this restaurant was based on a local river, The Quaggy which had been modified during Victorian times to suit industrial use.  Flooding in the 20th century spurred revitalisation in which portions of the river were returned to their natural state.  The restaurant was designed to mimic water flow and then split into distinct zones representing the industrial versus natural uses of a resource.  The compressed industrial zone reflects urbanisation through the use of bold colours and rigid materials highlighted in the steel staircase. The naturalised zone breaks into the double volume space and is alive with earth tones, vegetation, and sculptural elements that allude to the wild and natural river.  Andy was the principal designer on all phases of the project, including site delivery.